How to perform prayer.

The Meaning of The Shahaadah: Muhammad is the Messenger of Allaah.

The Answer: As for the meaning of the testification that Muhammad (صلى الله عليه و سلم) is the Messenger of Allaah [Muhammad Rasoolullaah] then it is the attestation with the tongue and the belief with the heart that Muhammad bin ‘Abdullaah al- Qurashee al-Haashimee is the Messenger of Allaah to all of the creation, to the Jinn and mankind, as stated by Allaah, The Most High:

Verily! I am Allaah’s Messenger to you all. He is the One to whom the Dominion of the heavens and the earth belongs, none has the right to be worshipped but Him; It is He Who gives life and causes death. So believe in Allaah and His Messenger, the Prophet who can neither read nor right, who believes in Allaah and in His Words [this Qur’aan] and follow him so that you may be guided. [Qur’aan, soorat al-A’raaf (7): 158].

Read more: The Meaning of “Muhammad is the Messenger of Allaah” – Shaykh ibn Uthaymeen

The Shahaadah Testimony of Faith. Detailed

The Shahaadah Testimony of Faith. Detailed

Conditions and Meaning of the Shahada

Conditions and Meaning of the Shahada 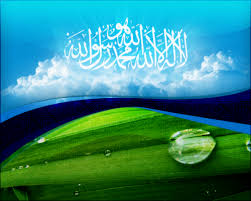 It’s meaning - There is none who has the right to be worshipped except Allaah.
Its pillars are:

The conditions of the Shahaadah (testimony of Faith) are eight:

1. `Ilm (Knowledge): Knowledge of it’s meaning - what is confirmed by it and what is negated by it. As previously stated it was mentioned that the meaning of: “There is none that has the right to be worshipped except Allaah” is that all other objects of worship that mankind set up as partners with Allaah are false.

2. Yaqeen (Certainty): Certainty of it’s meaning, free from doubt or suspicion. This means one must be upon certainty that none has the right to be worshipped except Allaah.

Read more: Conditions and Meaning of the Shahada

The Shahada is the Muslim profession of faith and the first of the ‘Five Pillars’ of Islam. The word shahada in Arabic means ‘testimony.’ The shahada is to testify to two things:

The Pillars of Islam